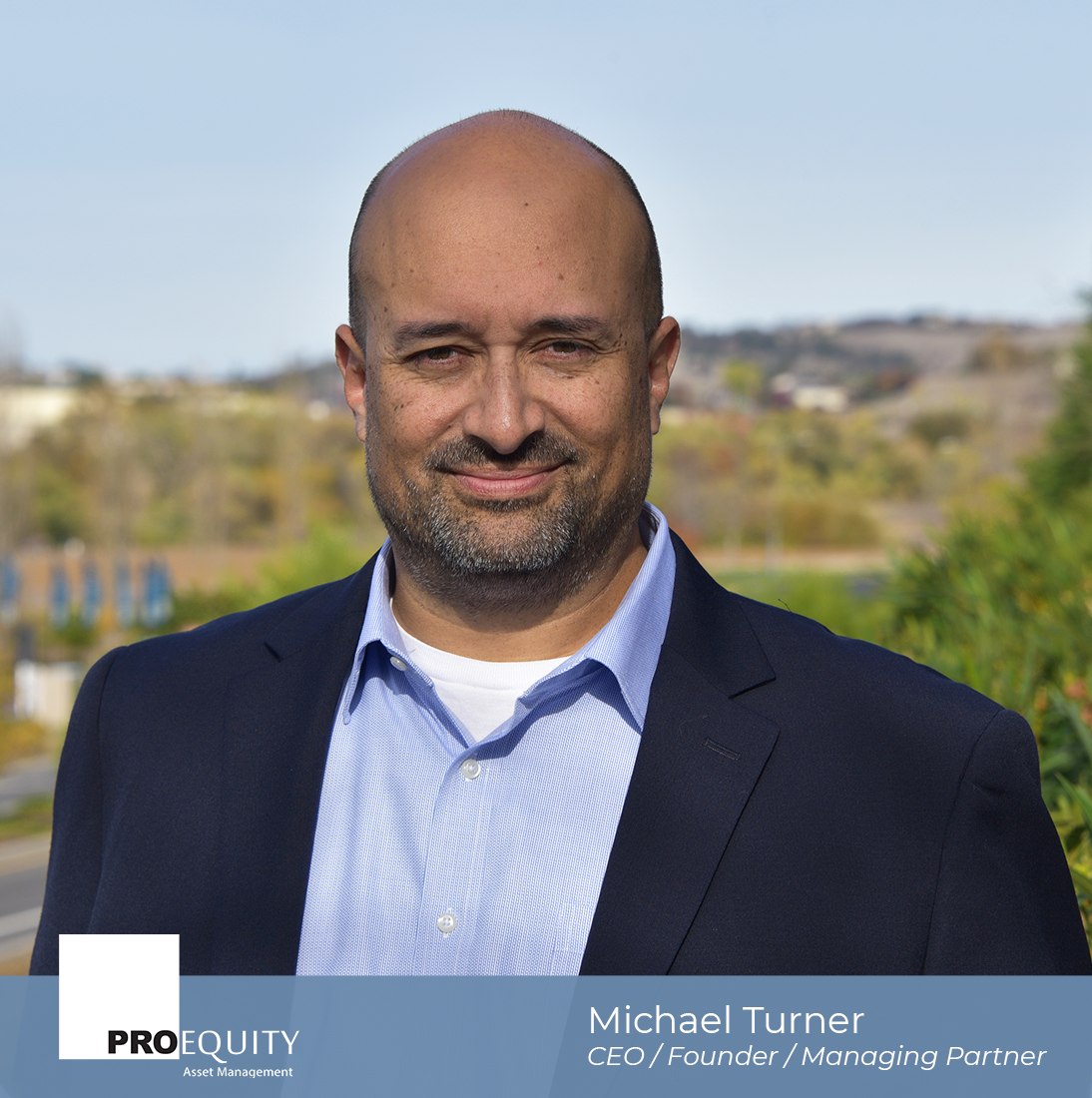 Michael Turner is the founder of ProEquity and serves as its Chief Executive Officer where he oversees ProEquity’s continued national growth, long-term and short-term strategies, and is responsible for its key relationships. Michael started his career at CBRE (Sacramento, California) in 1995, where he worked in industrial and retail markets throughout Northern California. At CBRE, Michael worked with Fortune 500 companies, national development companies, and institutional investors to expand their real estate occupancy and investment. Michael’s team was named Retail Team of the Year for the country in 1999 by CBRE.

After five years at CBRE, Michael continued his career with a boutique firm (Gallelli & Tear Retail), where Michael’s team represented such notable anchors as Costco and Best Buy. Gallelli & Tear Retail was subsequently sold to Colliers in 2006, shortly after which Michael left and became a regional manager for Borelli Investment Company (San Jose, California). At Borelli, Michael oversaw the management and redevelopment of stabilized and distressed properties throughout Northern California. During that time, he also acted as the landlord’s leasing agent. Michael left in 2012 to form ProEquity. Since ProEquity’s inception, Michael has been involved in the acquisition, repositioning, and disposition of a portfolio valued over $100 million dollars. Additionally, Michael is also a developer and investor on his own behalf. Michael is a licensed real estate agent in the State of California.